This was not meant to happen. I have resisted having a third cat for some time, I didn’t want more work, more worry when we can’t find them and generally the view that two  is really enough. But I hadn’t taken into account pester power, and as a mother of three I really should have.

My daughter and I had gone to see a friend with kittens, all sold, but I knew it would ramp up the request for a third. They offered to set aside a kitten out of their next litter due next summer – they breed Norwegian Forest cats, which trust me are truly huge.  Of course she didn’t want to wait until then and the silver/grey tabby colorway she wanted may not materialise then anyway. So my daughter cajoled, persuaded, coerced etc etc me to have one sooner and in the end  I relented but on certain conditions. One, it had to be a friendly, two, I could name it and finally she had to take an equal share in the care of all three cats. To be fair she does most of the feeding and caressing based on the fact that as a teen she is more sedentary than me!  But of course she doesn’t touch the litter trays and lets be honest that’s the worst bit of indoor cats  not is she will have to.

After much viewing of kittens on line this little one was picked on and fallen in love with. She is a Scottish Fold hence the funny ears.

To my eye, while  I wouldn’t say it in the words of my son that  she  ‘looks really ugly but cute at the same time’, the ears and flat faces aren’t quite my thing. But she is a sweetie and very affectionate.

The name is my attempt to redress the balance. I applied the same psychology of the catering company at a factory at which I once worked.  It was a metal bashing company in the Black Country in the West Midlands with a typical canteen selling mostly greasy meals and chips with everything. It was at glorious time when I could eat anything and still be slim.

The new catering company rolled out almost exactly the same menu but used adjectives ahead of the meal title to entice customers so fish and chips became tasty battered fish  and crunchy chips, ham and chips became succulent ham and thin cut chips, chicken curry, delicious spicy chicken curry.  I was much taken with this and as indifferent cook adopted this and before placing food on the table I would preface it with tasty or delicious or succulent in an attempt to talk up the quality of the meal. So Bella it is and in the eyes of my daughter, who gazes at her much like a mother looking at her new born baby, she believes she is a beautiful cat.

But on the plus side, and what would life be if there wasn’t a plus side, it did give me a chance to make a quilt for her. Every cat in this household as well as human has had at least one quilt made for them….

I  initially dug these flannels but they looked so drab. 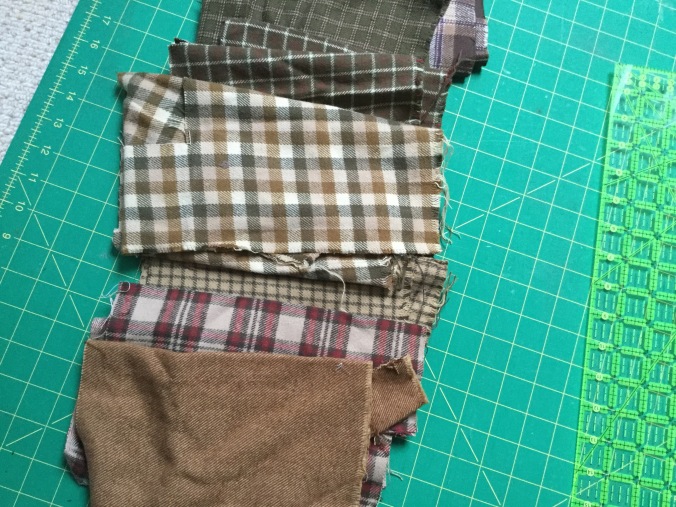 Bella needed something prettier. I had recently bought some Liberty in a sale and at c£8 per metre you can’t complain. It was just perfect teamed up with a double thickness fleece backing. It makes a really cosy blanket. 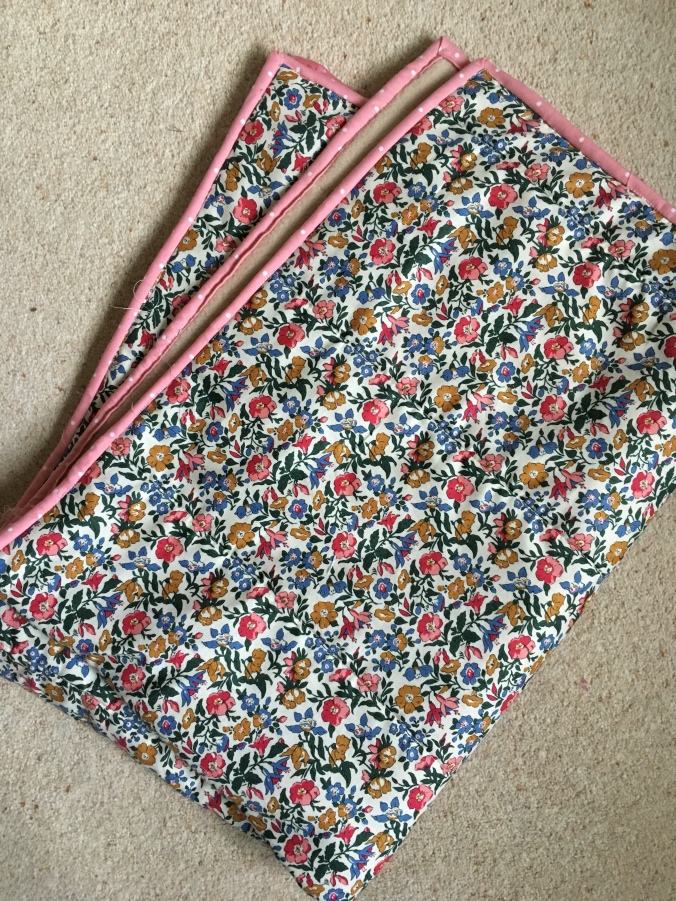 As to the other cats they didn’t exactly put out the bunting when we got home and both are decidedly miffed. Based on previous cat introductions I’m hoping they will settle down but for the moment they are both sulking…..