I had absolutely no intention of doing any Christmas sewing this year despite having bought some lovely Christmas themed Scandi fabric to make placemats at least 2 1/2 years ago. But I hadn’t reckoned on coming under the influence of a group of virtual Instagram friends who suggested a Christmas cushion sew along. I have never felt the urge to have a Christmas cushion nor thought that my Christmases have been  compromised by not having a themed cushion to lean against, but caught up in the excitement I found myself signing up for the sew along and that long stashed fabric being brought out of its slumber. I quickly made up a curved pieced top from the Scandi fabric which you can see below…… 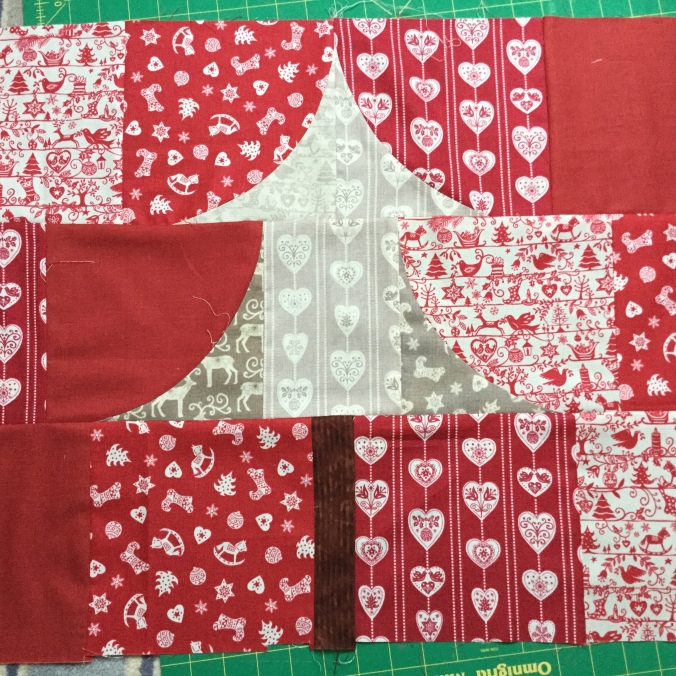 ….but with my butterfly approach rather than finish that one I couldn’t resist making a couple more which jumped the queue for finishing…  I changed tack and instead of piecing I once again using Lara Buccella’s appliqué technique from her book  Crafted Appliqué book to make that classic, cliched perhaps, Christmas robin. Lara’s technique is  easy and effective and is now my go to method for appliqué. No more lightweight fusible fabric for me thank heavens. My iron is very grateful…

So an evening’s  work produced these legless robins.  In fact as you can see from the picture below there are in fact two robins. Having cut out the necessary template pieces to do the first more traditional robin it was really easy to use modern fabrics to come up with a more contemporary version.My Dad asked whether being legless was them getting into the Christmas spirit? And maybe these robins were  under the influence as well!! 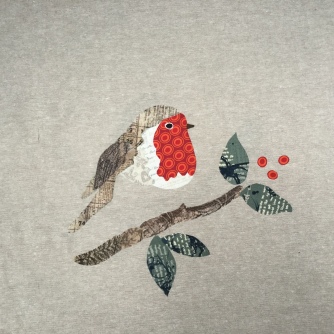 Well with a bit of free motion quilting which was quick and simple these tops were finished and with the piping and zips obtained we were away. 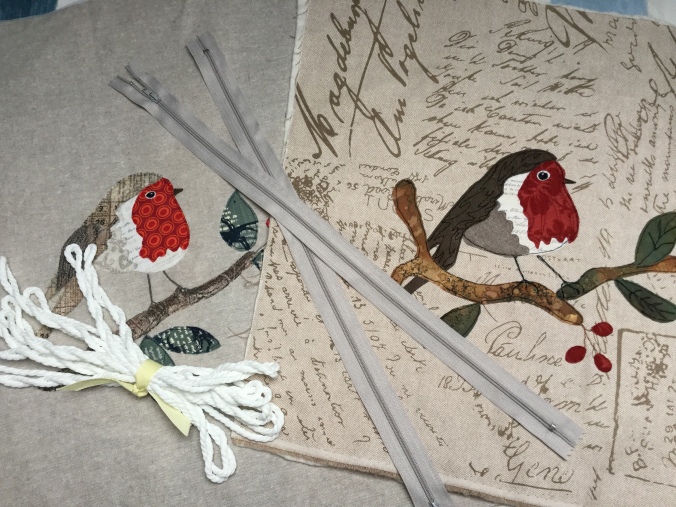 It took a fair bit longer to do the backing, the zip and the piping than I anticipated. I used as an excellent tutorial on the Village Haberdashery website.  I was extra careful as I was doing it for the first time and wanted it to look reasonably professional as this cushion is going to be gifted. Or is it? It looks so good on our sofa I think it’s going to be hard to part with. I may have to make a third robin cushion top!

Kelly at My Quilt Infatuation

Myra at Finished or Not Friday

6 thoughts on “Under the influence.”