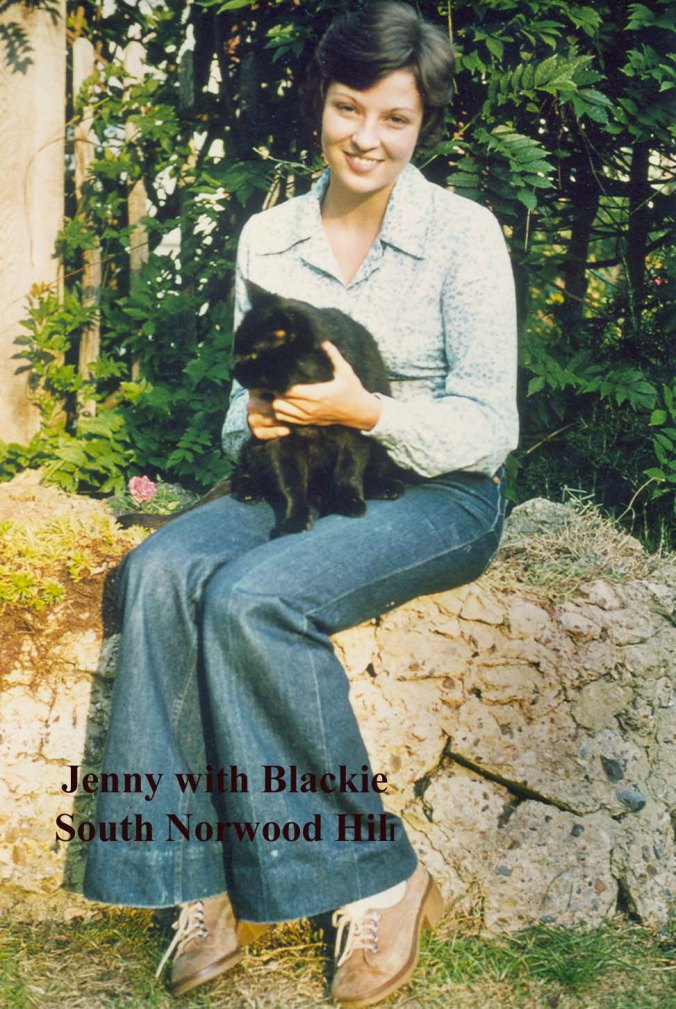 I once made a good chunk of my clothes. This was in the heady days in the 70’s when fast fashion and cheap imported clothing had yet to hit the UK. It was also what many women did to extend their range of clothing and it was genuinely cheaper than buying.  As a consequence a fabric shop and full haberdashery was typically found on most UK high streets. I even made my first work wardrobe when I started at a big UK corporate as a graduate trainee. Now that would certainly not happen today.

Although I wasn’t especially talented I had a mother who was and with her help the clothes generally fitted well. I only wish I had more pictures of what I made….. but the picture above survives and shows me wearing a blouse made from a perfect ‘made to fit’ pattern drafted by my Mum with even variant collars so I could ring the changes. Paired, of course, with the ubiquitous flared jeans c 1976?

As an aside please forgive the very non pc name of our cat back in the 70’s.  It could be worse. In the same batch of photos my Dad had compiled having  digitalised and labelled old prints/negatives was one of his childhood pet dog.  This dog was also black but his name started with an N…. I was genuinely shocked! My parents assured me that this was a completely normal colour reference in the 30’s and even my mother’s rather genteel girls school had n… brown as the colour on their uniform list. How times, mercifully, have changed….

Well inspired by bloggers like Kate I’ve been tempted to get back in the saddle and I signed up for the kimono class that Kerry did at the recent Threadhouse retreat. 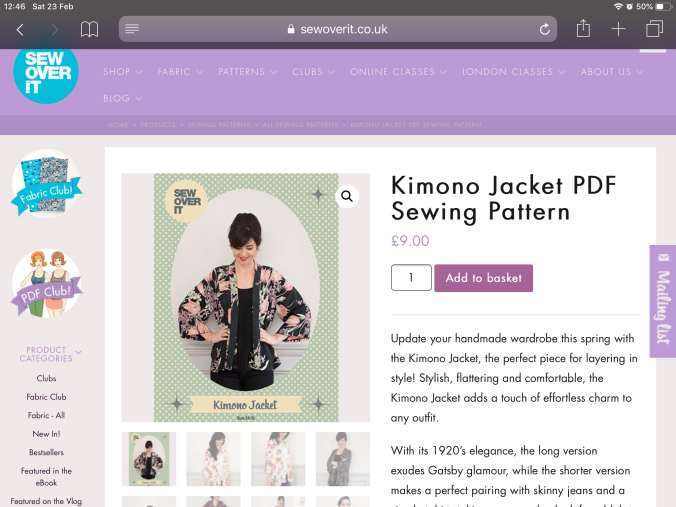 Its a pattern by Sew Over It and a great choice for an open class, simple (only 4 pieces) and  fits any size. I chose to get it printed rather than construct it from A4 PDF sheets but at £10 I might try cutting and pasting next time. Bella is helpfully holding the pieces down. I cut out the medium pattern size which worked out fine. 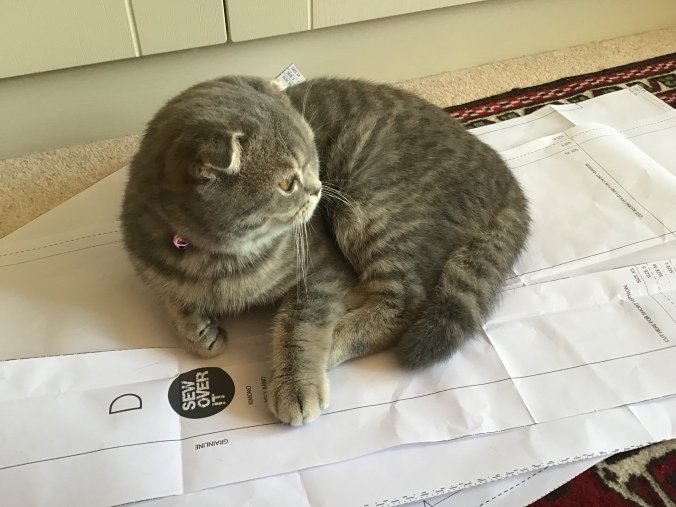 It needs a flowing fabric so that was a bit trickier than cotton us quilters are more used to but all, under the expert eye of Kerry and masses of pins, very doable. But I was a bit taken back by the price of viscose fabric. Branded would cost around £16 per metre and I needed 2.5m for the longer version. It was a far cry from the £2/3 cost of fabric to make the blouse in the picture above from the 70’s. Ok some 40 years have elapsed but with the help of Google on average there has been a four fold increase in prices since then so on that basis today it would still only cost me £8-£12. In fact not wanting to waste money on something which was experimental I only spent £15 on some drapey viscose which looked and felt fine. 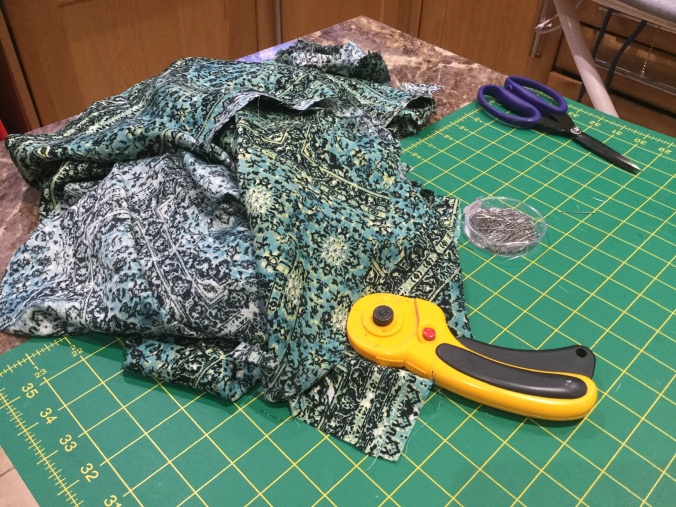 We were advised to wash the fabric first but I forgot…..but I did cut it out at home using our island unit and a rotary cutter and cutting board  which proved quick and easy and it was certainly easier than cutting it out with scissors on the old dining room table at home. 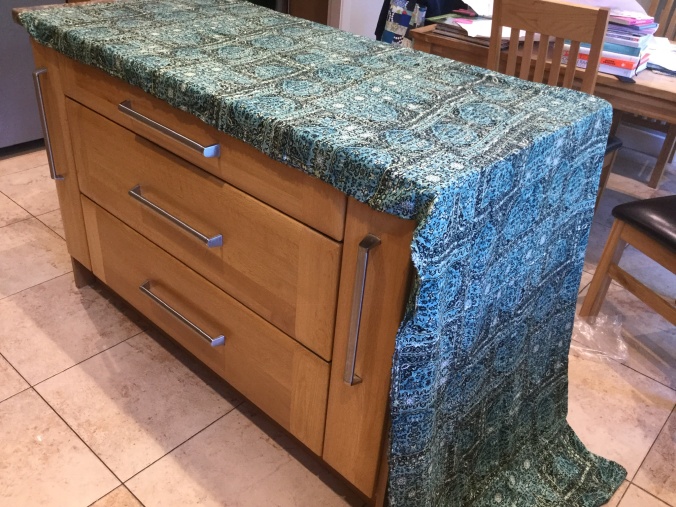 The class was great fun, mostly seeing everyone’s else’s creations and fabric choices. Kerry got us to sew French seams which worked beautifully other than I  had a real mental barrier about sewing wrong sides together and had to unpick more than I should have done. 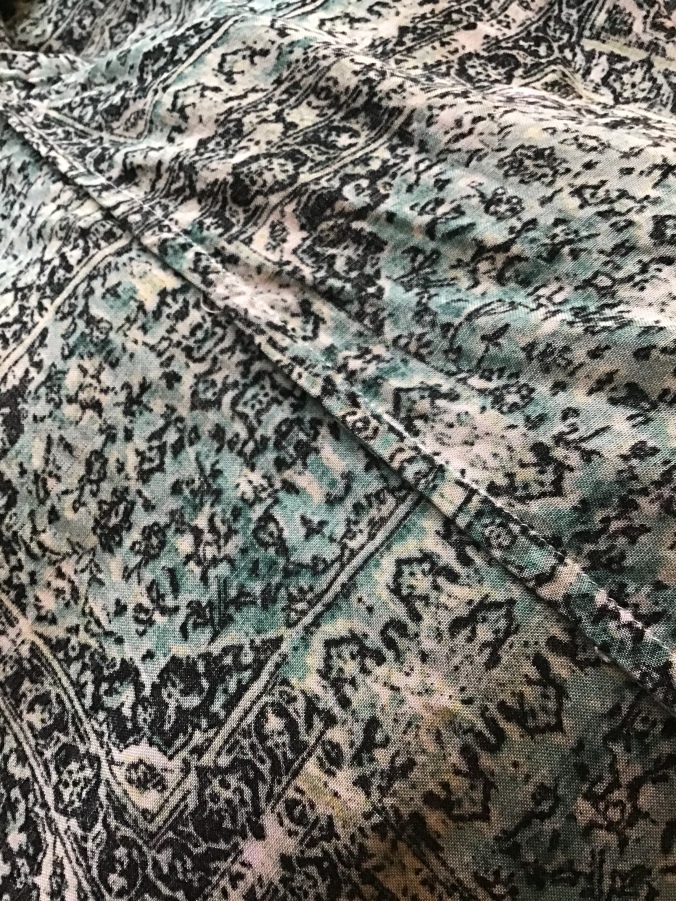 We had 3 hours which for an experienced sewer would be ample but it took most of us longer but as you can see it got finished and I really like it. It skims more than clings which is good for me. I chose to curve the front rather than leaving it straight as it looked a bit like a house or lab coat! It’s too cold at the moment to wear it but on a nice day where a cover up is needed this will be perfect. 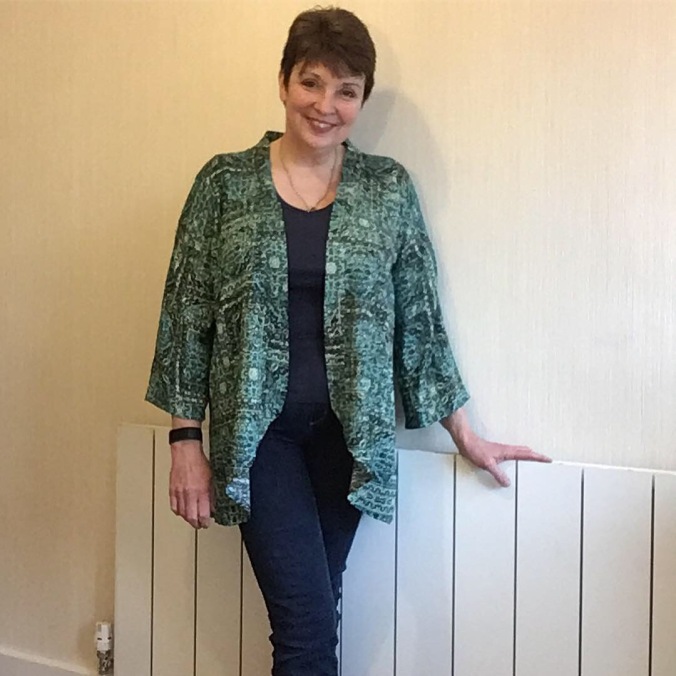 I might even make another and I may even splash out more £ on the fabric or go sheer….. maybe even something braver inspired by the wonderful Great British Sewing Bee on BBC now which is similar to the Great British Bake Off in concept but so much more visual and fun….I shan’t be applying for the next season though.