My scrap jars were once again fit to burst and with the need to reduce some pressure before they shattered I decided that  as a high priority my next project must include scraps. The stars aligned as it is scraptastic Tuesday next week and I  wanted to make at least one if not two table toppers for Jennifer who last year started  a wonderful initiative of making bags and table toppers for the children that come over from the region of  Belarus and Russia impacted by the Chernobyl disaster. It’s  a long standing charity that provides month long holidays for children from this region. Jennifer thought it would be a great idea, together with the organiser, to give each child a handmade tote bag and a table topper to take home with them.

Last year I made these items. I’d like to do the same and I suspect the bag will also be made of denim as it proved quite a successful make. Even my daughter approved, not enough to have one of her own of course, but she said it was okay! 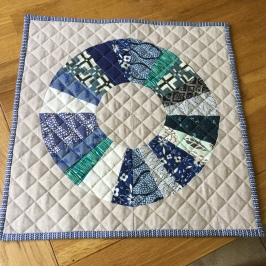 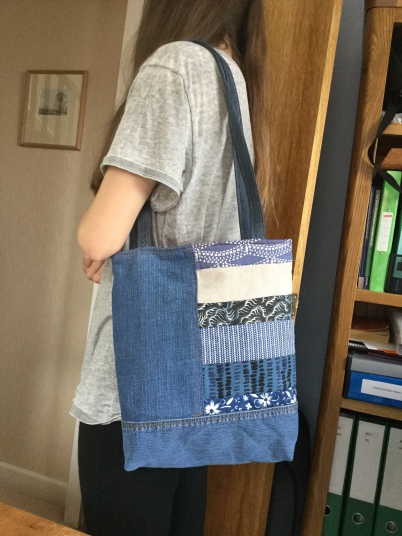 I know the deadline isn’t until June but I don’t like it being too tight and this gave me a perfect excuse to play with scraps and make something for Jennifer.  I dug out a selection of pink and lilac scraps, so much not my personal colour choice, but I was intrigued to see how they would work with this design. 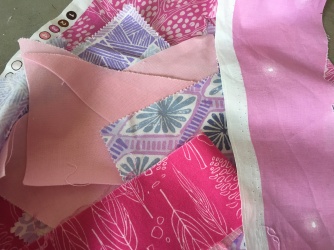 It’s a design I copied using an ipad app called TouchDraw that allows you to do as it says which is draw by touch.  I have long wanted an ipad tool to play with shapes and designs with the ability to colour them in. For some reason I don’t enjoy drawing with felt tips on paper. There is of course the Grandaddy of all quilt design tools which is EQ 7.  This is incredibly powerful and I know it’s used a lot by serious professional quilters but by all accounts, as with any sophisticated software, mastering it is a very steep learning.  Abigail of Cut and Alter has  recently purchased a copy and is making great progress but she is an altogether more superior quilter than me and has a very creative and original design edge. I just wanted to play and didn’t want to invest the time in something as sophisticated as EQ7 or for that matter the c£150 it would cost!  I was therefore intrigued by Lynn Galsworthy of the Lilys Quilts who showed me at the recent Thread House retreat, along with others, how she uses TouchDraw, a real bargain at around £10, to do all her design work including submissions to magazines.

It’s so much easier to learn something like this when somebody can show you. Lynn patiently demonstrated the sorts of things that can be done with it so that even when you’re left to your own devices after the event, you know what the app can do, so it’s just a question of remembering how. Anyway after a play and I came up with these.

It was then easy to prep a pattern and very quickly paper piece these blocks. All scraps so yes the pressure on those jars has diminished a little…. for quilting I went with my trusty masking tape which makes it easy to get straight lines. I have tried a hera marker and I know many people like this for straight line quilting but I had read recently that sometimes you can make too much of a mark such that it won’t come out but the problem for me is I can never quite see clearly enough the guide lines where of course yellow masking tape is hard to miss! I do love the texture on this one and of the design I think is quite effective and very quick. 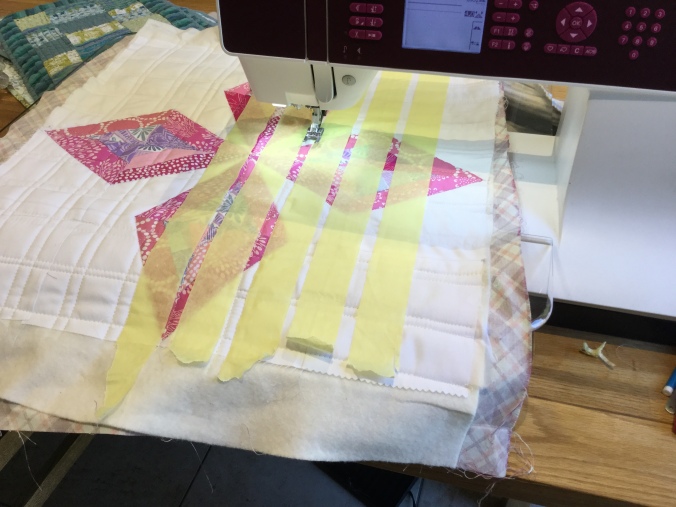 I do love the texture on this one and of the design I think it’s quite effective and very quick to do. 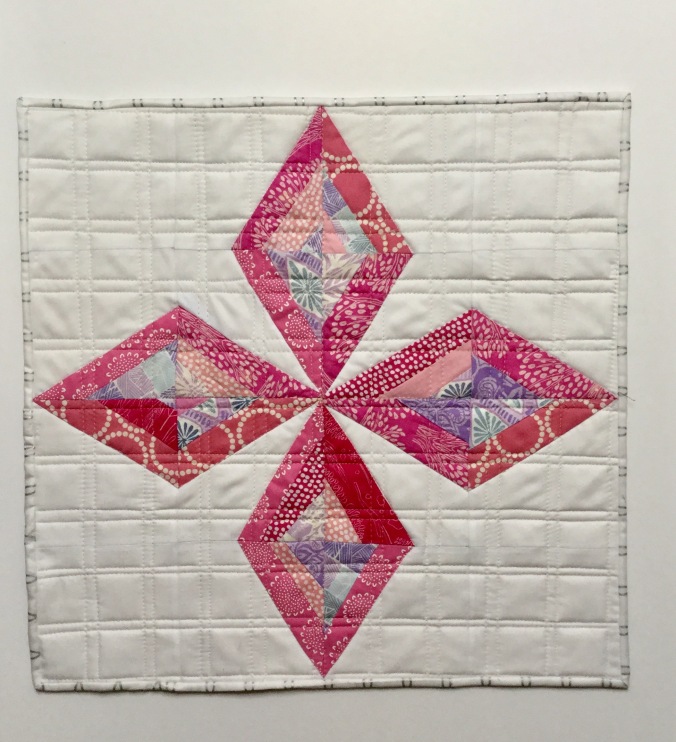 Linking up with Kelly at My Quilt Infatuation, Amanda Jean at Crazy Mom Quilts and Nicky and Leanne at scraptastic  Tuesday.

5 thoughts on “TouchDraw and scraps”